From The Titanic to The Revenant, Leonardo DiCaprio has entertained us with his impressive performance for nearly two decades. So, we have gathered a few interesting facts about Leonardo DiCaprio which you probably didn’t know. Here they are. 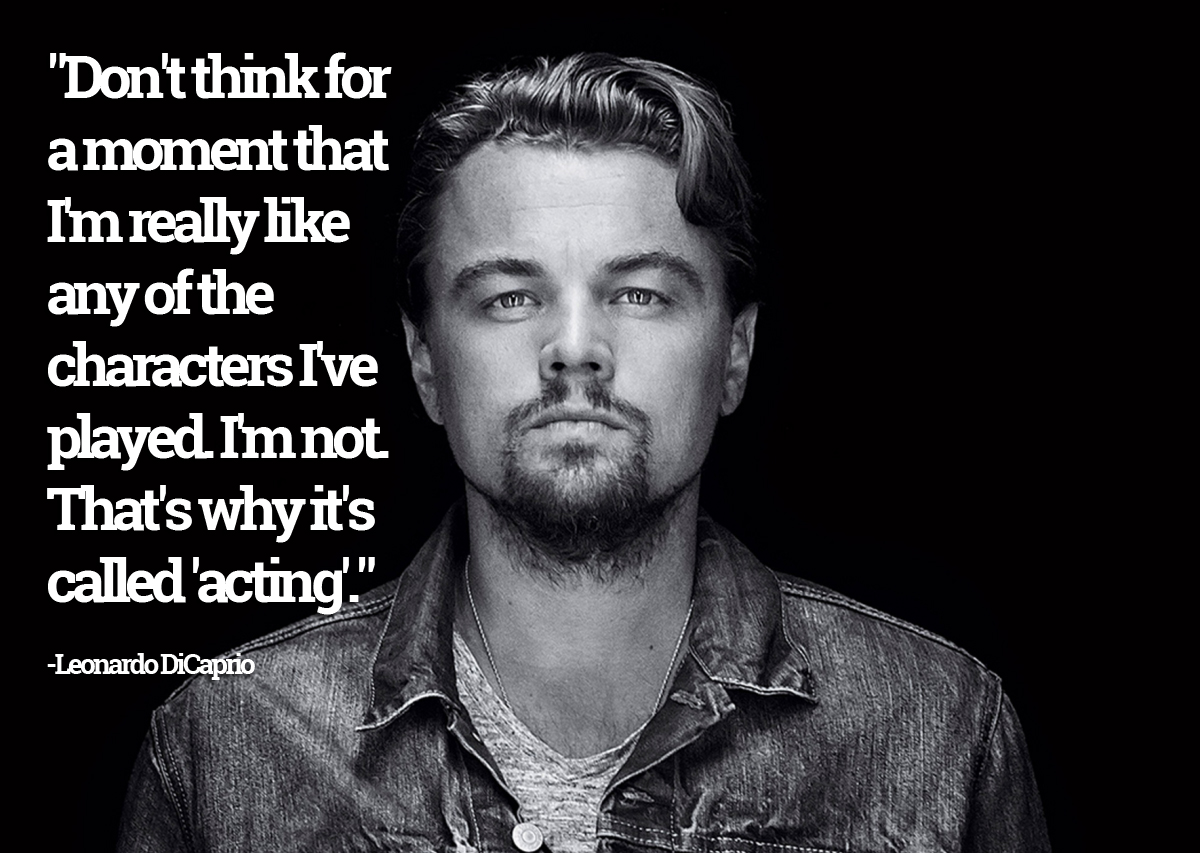 His journey from being a child actor to an Academy Award winner has been phenomenal. Leonardo DiCaprio quotes are not only inspiring, but they also urge you to keep working even when the going gets tough. Top 200+ Leonardo Dicaprio Quotes, Sayings & Slogans act as a source of motivation to many.

I really hate relaxing. I’ve done three movies in a row, worked for two years straight, and to me, idle time is the devil’s workshop. I like to focus on something.

I don’t see why I can’t have friends of both sexes without wild rumors being circulated. It’s crazy.

I’m not the kind of person who tries to be cool or trendy, I’m definitely an individual.

If a studio is going to offer me the opportunity to invite my mother and grandmother and all my friends to visit me free of charge in Thailand, I’m going to take that opportunity. – Leonardo DiCaprio

I can remember getting rejected systematically by casting directors as a young kid. I felt like the biggest outsider there ever was; that I’d never belong in that club.

There is a lot of speculation about what women are attracted to, and there are a lot of misconceptions.

I can remember getting rejected systematically by casting directors as a young kid. I felt like the biggest outsider there ever was; that I’d never belong in that club.

I got attention by being funny at school, pretending to be retarded, and jumping around with a deformed hand.

To believe in love, to be ready to give up anything for it, to be willing to risk your life for it, is the ultimate tragedy.

When you are given an opportunity to make a film like ‘Body of Lies’ – and I would put ‘Blood Diamond’ in the same category – of course you jump at these opportunities.

When a role for a young guy is being offered to me, I think of River Phoenix. It feels like a loss.

My mom, Irmelin, taught me the value of life. Her own life was saved by my grandmother during World War II.

I am not of the vein of actors – and I will not pretend to be one – that takes my character home with me. I don’t.

I’ve never done drugs. That’s because I saw this stuff literally every day when I was 3 or 4 years old.

I got attention by being funny at school, pretending to be retarded, and jumping around with a deformed hand.

The man has truly led an incredible life and is full of wise words for those who are struggling. You can check the Internet to find out more Leonardo DiCaprio quotes to gain important life lessons from him.