The fans of the famous fantasy series Game of Thrones know her as the Khaleesi Daenerys Targaryen, the Mother of Dragons who doesn’t think twice before she sets her dragons on her enemies. But people still know next to nothing about the actress who plays her on-screen and made that character popular. Read on to find out some unknown facts about Emilia Clarke.

Emilia Clarke is an incredibly smart and wise woman who doesn’t shy away from talking about important issues. Emilia Clarke Quotes, Slogans & Sayings touch upon topics such as feminism, nudity and on her responsibility as a role model. In an interview, she was once quoted as saying “One of the many things I love about Daenerys [Targaryen] from Game of Thrones is she’s given me an opportunity to fly the flag for young girls and women, to be more than just somebody’s wife and somebody’s girlfriend.” Emilia Clarke Quotes act as a source of inspiration to many women. You can look for more Emilia Clarke quotes on the Internet. 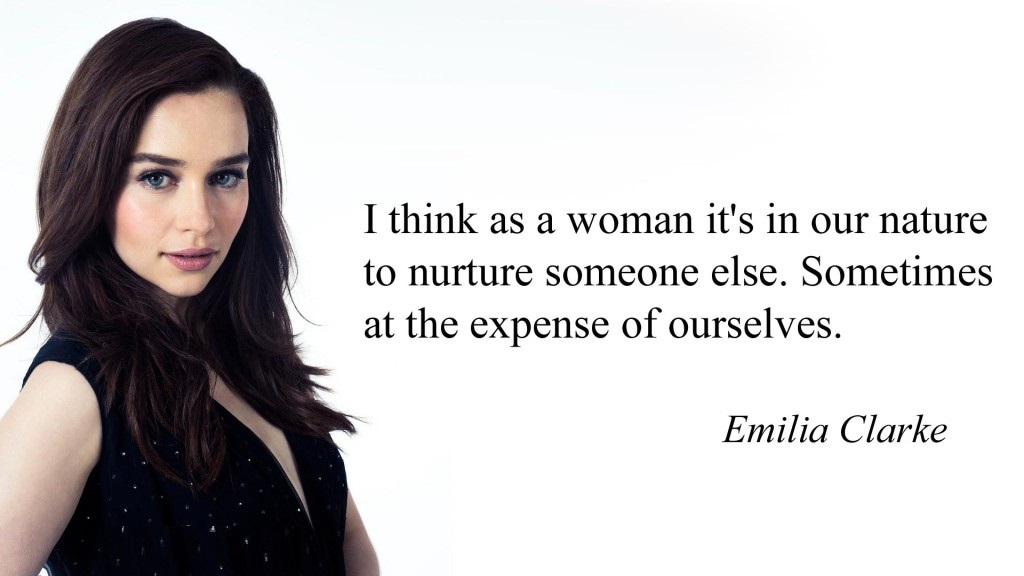 Here are a few interesting facts about Emilia Clarke:

At the age of 16, Emilia Clarke flew to India and backpacked through the country. She started with Delhi to scatter the ashes of her Delhi-born grandmother and went all the way to Tibet. When she was 18, she traveled across Southeast Asia and stopped in Thailand, Laos, Cambodia, and Vietnam.

Although the world knows her for her acting skills, Emilia Clarke’s talent goes beyond acting. She is also a talented musician who can sing and is skilled at playing the piano, guitar and the flute. You can get a peek at her singing skills in the Game of Thrones Musical with Coldplay where Clarke recorded a song as part of the Red Nose Day initiative.

Emilia Clarke loves sports. She loves to run and is also trained in other sports such as horseback riding, ice skating, and rowing.

Emilia Clarke is skilled in speaking German, French, and Indian.

I long for the countryside. That’s where I get my calm and tranquillity – from being able to come and find a spot of green.

All of the press and stuff – that’s the scary stuff. The acting is what I got trained to do.

My father always said, ‘Never trust anyone whose TV is bigger than their book shelf’ – so I make sure I read.

My normal stuff is Dr. Perricone’s hypoallergenic range. I have incredibly sensitive skin, so I struggled to find anything because my skin would react to so much stuff.

After my last audition for ‘Game of Thrones,’ they said, ‘Congratulations, princess.’ I was like, ‘Bye-bye, call centre.

Drama school is fundamentally practical. I didn’t write any essays, so I came out with a BA honors degree in acting.

I learned more doing ‘Breakfast at Tiffany’s’ than I did during three years at drama school.

I think the reason why strong women have such a powerful impact is that you’ve got the strength of a man with the heart and sensitivity of a woman.

I’d give my right arm to be, like, a random extra on ‘Girls,’ just to walk past one of the scenarios. I’d love that more than anything.

Personally, I’d like as many children as I can pop out, I reckon.

Never in a million years did I think ‘Game of Thrones’ was going to take off like it did.

My mother taught me to cleanse, tone, and moisturize twice a day, so I always do that – I could be partying or working late, but I’m never too tired to take care of my skin.

I spent most of my life watching HBO series wishing that at some point in my career I might be able to work with them.

One of the shows I would very much love to be a part of is ‘Mad Men’ – walking around that office.

Me and heels are very good friends.