Janmashtami is a festival commemorating the birth of Lord Krishna in our mortal world. Krishna here is a symbol of love and intellect and the festival brings a spirit of new beginnings and renewals, birth spiritually as well as in the external world. Every year millions of people nationwide and even worldwide celebrate the festival with great enthusiasm and vigour. The incarnation of Lord Vishnu teaches us that we all have an unkempt power within us, that helps us go and face the everyday world. The more we polish it, the better our life becomes with the help of it. This sense of divine attachment too brings a sense of connection with the festival along with the playful and fun-loving nature of the incarnation of God. 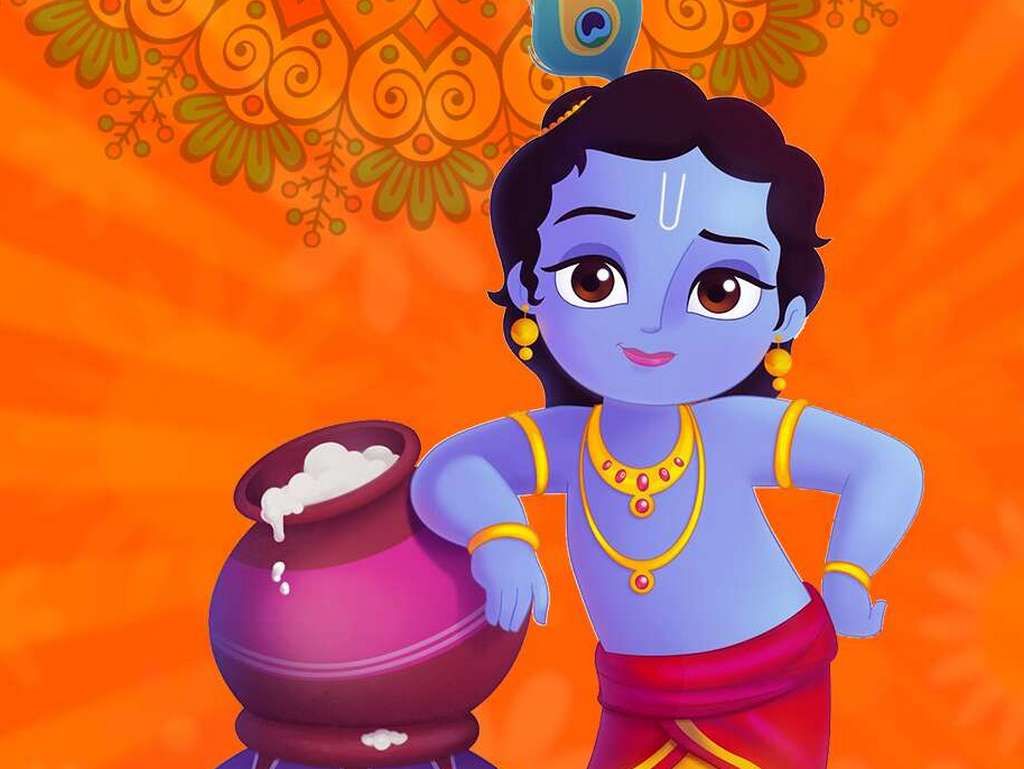 Janmashtami- the story behind it:

Janmashtami is the celebration of Lord Krishna’s birth, which is “janma” on the eighth day of, which signifies “ Ashtami”. Now the story goes like this, the evil King Kamsa, marries off his sister with the Yuda King, Vasudeva. After the marriage, when Kamsa insisted that he be the one to drive the marriage chariot, the sky opens up and there is a prophecy. The prophecy says that Devaki’s eighth child was to be the reason of Kamsa’s death and would hence put an end to his tyrannous rule.

After hearing this Kamsa gets infuriated and orders to imprison Devaki and Vasudeva, and even plans on killing Devaki but only stops when Vasudeva promises to give up every single of their child to him. In the following days, they spend their lives in Kamsa’s dungeons and can do nothing but look on as Kamsa murders one child after another.

However, before the eight children were born, Lord Vishnu comes in front of the couple and informs them that he is their eighth child and suggests Vasudeva on how to take him to Vrindaban where the village head, Nanda along with his wife, Yashoda, are waiting for the arrival of the baby. Through divine intervention, the guards of the prison fall asleep and the doors open automatically as Vasudeva takes his newborn child to Vrindaban. And even as the sky gets blacker and the weather changes for the worse, through a series of more divine interventions, the child safely reaches the destination.

What are the traditions involved?

More than millions of people celebrate the festival worldwide every year. There are many ways as to how it is celebrated in different communities and states. One of them includes a tradition where they fast until the birth of the deity. Another is where once the morning hours of the day start, people bathe images of the incarnation of Lord Vishnu and put new clothes on it. In other communities such as in Maharashtra, an event of Dahi Handi is performed where there is a container of yogurt (Dahi) kept at the top suspended from a horizontal rope and a people’s pyramid is formed to reach out to the container and break it, just as Krishna would do in the days of his infancy. The event celebrates the fondness that Krishna had for butter and yogurt.

The celebrations reach their full vigour in Mathura and Vrindaban, where Krishna had enjoyed his infancy and the early ages of his youth.

In this way, the festival is celebrated with full fun and vigour every year. Some people even do not sleep and go through the two days of the festival without sleep. Such is the enthusiasm.