The date of the festival falls on the fourth day of the Shukla Chaturthi in the month of Bhadrapada according to the Hindu Calendar. This, according to the English calendar falls somewhere between August and September every year. The festival is generally celebrated for around 11 days, with quite a huge spectacle taking place on the last day of Anant Chaturdasi. It is said to have been celebrated by Shivaji during the Mughal- Maratha wars, but then was re-established as a sort of a political movement by Lokmania Tilak, during the British rule.

Ganesh- the history to his existence and his festival: 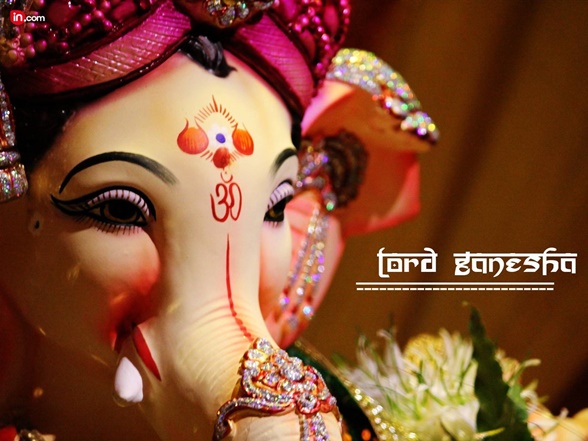 The festival’s reason for being celebrated is the appearance of Lord Ganesh with his mother Parvathi, from the Kailash Parvat on Earth. The earliest mentions of Ganesh is found in the Rigveda, twice, in the form of hymns. The first one of the hymns signifies Ganapati’s role as the seer of seers and as the lord of invocation. The second hymn stalls Ganapati, by saying that nothing near or afar is performed without his blessings.

The festival was first started by Chatrapati Shivaji Maharaj, the ruler of Maharashtra. It was then again re-established as a way to protest against the British ban on Hindu gatherings through its anti-public assembly legislations of 1892.

How is Ganesh Chaturthi celebrated?

The Hindu festival celebrates the arrival of Lord Ganesha on the mortal earth from mount Kailash with his mother Parvati. The festival is marked with the installation of clay idols of Ganesh- be it in homes or temporary public stages. The celebrations include chanting of hymns and prayers and brata that is fasting. The celebrations for the festival ends on the tenth day from after its start, the clay idols are carried in a public procession along with music and lot of vigour then immersed in a nearby, not stagnant water bodies such as a sea or a river.

The day after the clay idols have been immersed in water, Ganapati is believed to have gone back to Kailash to his parents- Mahadev and Parvati The festival celebrates Lord Ganesh as the God of renewals and as one who removes obstacles from the paths of our lives and is also celebrated as the deity of wisdom and intellect. The festival is celebrated in all its vigour throughout the nation, especially in the states of Madhya Pradesh, Maharashtra, Karnataka, Andhra Pradesh, Kerala, Goa, Telangana, Odisha, Gujarat Chhattisgarh, and West Bengal, and is usually celebrated in homes even in Tamil Nadu.

The date of Ganesh Chaturthi this year is on 31st August 2022, Saturday.

Even though the history and the start of the legacy are unknown, that does not stop the Indians from celebrating the festival with the greatest of enthusiasm and vigour. It was a festival concentrated in the state of Maharashtra, but with the years has been welcomed with open arms by all people throughout the nation.