Baisakhi, as per the Nanakshahi solar calendar, is the festival that marks the beginning of the new Sikh year. It is also the harvest festival of India, especially celebrated in the state of Punjab. Baisakhi is to Punjab is what Durga Puja is to Kolkata, and is immensely celebrated amongst the Sikhs. The festival always falls on the first month of Bikram Samvat according to the Hindu calendar. The main reason for the celebration of the day is that Guru Govind Singh, the tenth guru had established the Holy Khalsa. It is also important to know a bit about the community, such as they have their famous five K’s and also about the five men or the panj payre. Scroll down to know more about it. 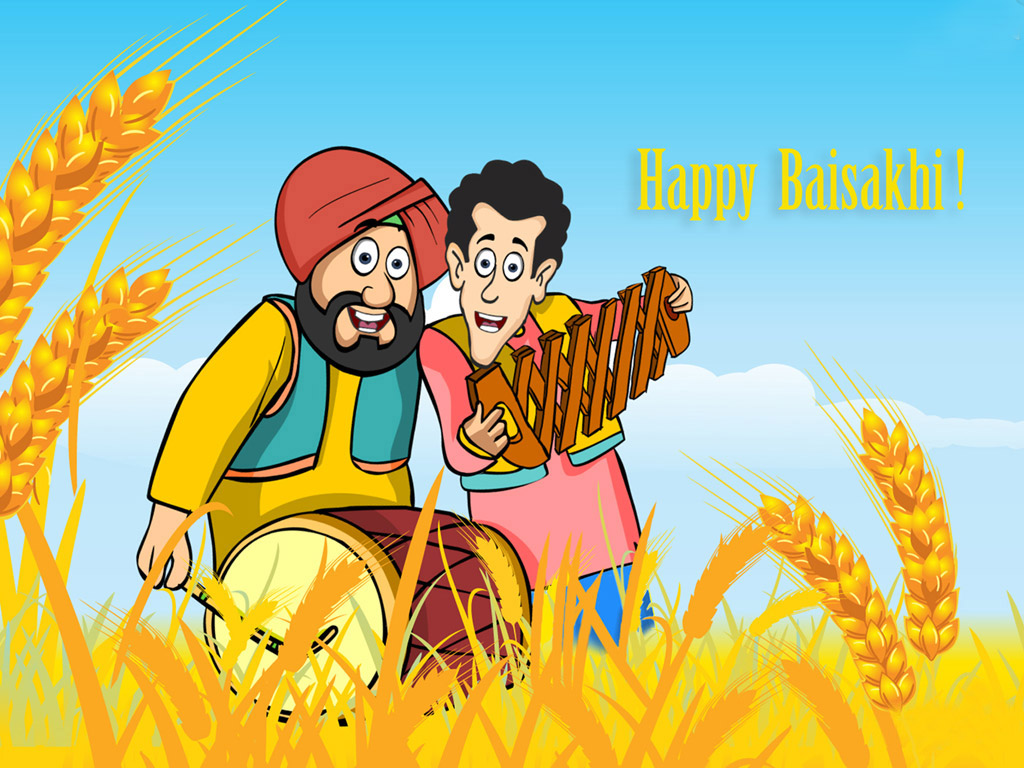 The Sikhs and their legends:

The story of the festival opens at the dawn of the incident where Guru Teg Bahadur was beheaded by the Mughal Emperor Aurangzeb, his fault is that he had stood up for the Hindus and their rights. After this, guru Govind Singh, his son, became the next guru. Around the year of 1650, Punjab was in a state of turmoil, having to deal with corrupt rulers, in a state with no laws, and where common people had no rights or security.

Guru Govind Singh, hence decided that it had become necessary to instill among the people a sense of security and courage. To do so, he called a group of Sikhs, asked them to gather in Anandapur, drew out his sword, and asked who among the public was willing to sacrifice their lives for a greater good. Finally, the “ Panj Pyare” stood up. Then, instead of attacking them with the swords, the Guru baptised them. And hence the first ceremony of the Amrit initiation was held. The group of five people is symbolic of the Five K’s namely, Kangha (comb), Kara (a steel bangle), Kesh (uncut hair), Katchera (underwear), and Kirpan (sword).

What are the rituals followed during Baisakhi?

During the celebration of the festival, the people wake up early, wear their traditional clothes and then go to the Gurdwaras to attend the day’s special prayer gatherings. Their holy book is given a bath of water and milk and then put back on the throne with absolute care. It is then read out to the public gathered, while they peacefully and patiently listen to it. Amrit, a special drink, holy nectar is prepared and distributed amongst the public after the verses have been said, which they sip on five times. At noon, semolina is prepared and then, seeking his blessings and then distributed about the public as well. It is finally then carried by the arrangement of Langar.

When is Baisakhi this year?

It is the spring harvest festival of mainly the Sikh community. This year, Baisakhi is on the 14th of April, 2022, Wednesday.

Baisakhi, the festival of the Sikhs, is however not just limited to their community. It is one of the representations of the unity in our diversity. It is celebrated throughout the country with equal vigour and enthusiasm.