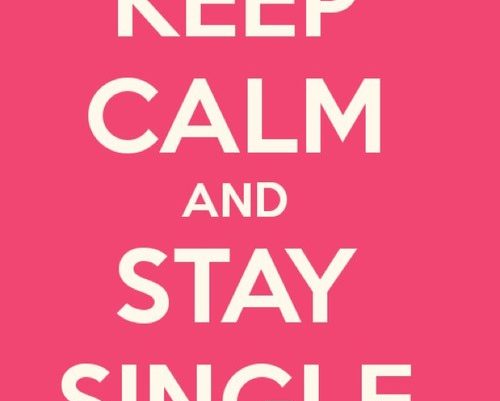 Being single is not that bad: Are you feeling single this Valentines month? Want to upload the best single status and single quotes on social media? You don’t need to look any further. You will get the best single status and quotes on the internet. Start collecting all the images and quotes. Once you are done collecting them, all start posting them on your Facebook, Twitter, Instagram, Snapchat, and WhatsApp.

Being single is completely okay. It is not a crime to be single in today’s life. You can be single and be happy to own the title. Post the best Single Whatsapp status and quotes from the internet and become the coolest person on your social media. Post the pictures which will make all the couples feel jealous of your single life. Be the coolest single person on social media and make people fall for you. Make people of the internet realize how much of an awesome single life is.

My boyfriend’s name is sleep, and I get some every night.

Being single is just a status, not destiny.

Yes, I am single. But… I’m not available.

Single… anybody wanna change that?

There is no shame or heartbreak in being single. When you’re single, you see the world as a brighter place.

No, I am not single. I am in a long distance relationship because my boyfriend lives in the future.

Single is SINGLE and loving every single moment of it!

Types of singles on social media

“Looking for that boy who deserves the key to my heart”

I’m single because I was born that way.

Technically, I’m single, but my heart is taken by someone I can’t call my own…

Dear gay men, Please stop being so much kinder, funnier, and more attractive than straight men. It’s quite depressing. Sincerely, all single women.

I like being single, I’m always there when I need me.

I know what I deserve in life, and I will never settle for less. That is my reason for being single.

Being single doesn’t mean that you know nothing about love. Sometimes being solo is wiser than being in a false relationship.

“Single & LOOKING.. for someone who will stand by my side through thick & thin . who won’t make me cry.. who will accept me for who I am. Please appear soon”

It will take a very special someone to get me to change my relationship status again.

I think it’s very healthy to spend time alone. You need to know how to be alone and not defined by another person.

Flirting is a habit for those who are single; it is their way of saying I am free.

I chose to stand alone. Not that I want to be alone forever, but I want to prove that I can still stand alone and be as strong as ever.

Sometimes you have to stand alone to prove that you can still stand.

You can never be happy as someones other half unless you can be happy as a whole all on your own.”

Being Single Doesn’t Mean You’re Weak. It Means You’re Strong Enough To Wait For What You Deserve.

Single and ready to mingle? That’s just another way to say I’m desperate and will take anyone in a way that rhymes.

Single is not Single and Alone…I’m Independent and Available

Until I find my Equal!

Yeah, I’m single, but you’re gonna have to be amazing to change that.

Single is an opportunity to live life on your own terms and not apologize.

Stay Single Until Someone Special Actually Compliments You In A Way That It Makes It Better To Not Be Alone. If It Is Not, Then It’S Not Worth It.

“Single means you’re only taking your time deciding how you want your life to be and who you want to spend it with.”

I’m not single. I’m not taken. I’m simple on reserve for the one who deserves my heart.

Being single doesn’t mean no one loves you… It just means that God is busy writing your love story.

I’m single because I am saving myself for someone who deserves me.

Getting into a relationship may seem like a good idea, but so was getting on the Titanic. Look what happened there.

If you are not happy being single, you will never be happy in a relationship. Get your own life first, then share it.

“Just because my status says I’m single, does NOT mean I’m looking! My eyes will remain closed until that special someone is brave enough to try to open them!”

“The more pricks I date the closer I come to meeting my Mr.right. He is out there some where.they just took a wrong turn. they’ll get here some day. I’ll wait.”

I don’t talk with everybody because I am not everybody, I am single.

I love being single. I can come and go as I please and stay out as late as I want to.

Stop waiting for Prince Charming. Get up and find him. The poor idiot may be stuck in a tree or something.

A broken relationship would make you feel more lonely than when you were single.

Feels Like Walking Up To Someone And Kissing Them Just For The Hell Of It.

Single and ready to get nervous around anyone I find attractive.

Everybody’s has a boyfriend or a girlfriend and I’m just like “I Love Food”.

My alone feels so good, I’ll only have you if you’re sweeter than my solitude.

A queen is more powerful without a king!

Being single is smarter than being in the wrong relationship

I am single by choice – not because I want to be alone.

All the great things are simple, and many can be expressed in a single word: freedom, justice, honor, duty, mercy, hope.

Every rose has its thorn, but that doesn’t mean you have to put up with a ton of pricks.

Single is no longer a lack of options – but a choice. A choice to refuse to let your life be defined by your relationship status.

A busy, vibrant, goal-oriented woman is so much more attractive than a woman who waits around for a man to validate her existence.

If you’re single, focus on being a better you instead of looking for someone better than your EX. A better you will attract a better next.

Being single sucks, when you know exactly who you want.

That awkward moment when you change your Facebook status to ‘single’ and your EX likes it.

Being single doesn’t necessarily mean you’re available. Sometimes you have to put up a sign that says, “Do Not Disturb” on your heart.

In a relationship, honesty and trust must exist. If you can’t afford to be honest, stay single.

Smart, Yes, Sometimes Cute, But Never Sexy. Sexy Is The Thing I Try To Get Them To See Me As After I Win Them Over With My Personality.”

Being single is pretty good. It’s a nice sense of irresponsibility.

Why fall in love when you can fall asleep?

The only people in the world that cry about being single are those in high school.

I am not single, nor am I taken. I am in the waiting period: patiently waiting for something real to come along.

Too young for marriage, too old for games and too smart for players.

Single ladies remember: You are not a side item, an appetizer, or an after-dinner dessert. You are the whole meal or no deal!

If you are looking to be the person who gives out the positive vibe on social media and post awesome pictures of having fun and enjoying the single life you can easily become social media famous. All you need is to inspire this social media friends and followers to lead an awesome single life which they will want to be a part of.

I never found a companion that was so companionable as solitude.

Single? No, I am just in a relationship with freedom.

You’re single not because you are not good enough for one, it’s that you’re too good for the wrong one.

Single” is an opportunity to live life on your own terms and not apologize.

“It’s better to love a boy (a girl) you can’t have than have someone you can’t love.”

I know why I am a single woman. My parents-in-law were not able to have children…

I would rather be a beggar and single than a queen and married.

I’m not single, I’m just waiting for my girlfriend to quit playing hide and seek.

Single is not a status. It is a word that best describes a person who is strong enough to live and enjoy life without depending on others.

My entire goal in life is to show others guys who are not single how amazing being single is!

Dear Girls, don’t worry if you’re still single. God is looking at you right now saying, ”I’m Saving This Girl for Someone Special.

Sometimes it’s better to be alone cause no one can hurt you that way.

A woman should be like a single flower, not a whole bouquet.

Being single is better than being in an unfaithful relationship.

Single does not necessarily mean loneliness and to have a relationship does not always mean being happy.

Single is not a status. It is a word that best describes a person who is strong enough to live and enjoy life without depending on others.

Stay single until someone special actually compliments you in a way that it makes it better to not be alone. If it is not, then it’s not worth it.

Without a doubt… the worst part of being a single woman was having to take care of your own car.

Tranquility in ourselves is truly beautiful. You will never find it if you’re too busy chasing someone else.

About the Author: MyQuotes Club 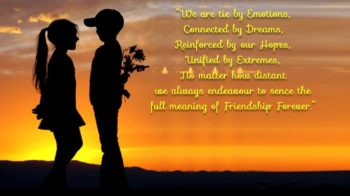 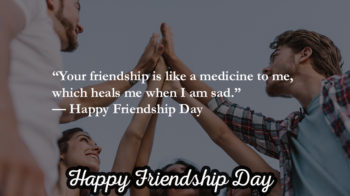 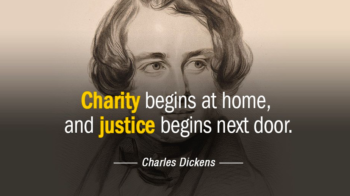 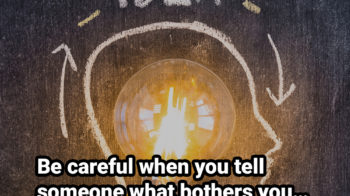 Best Creative Status and Quotes in Hindi & English for Whatsapp – Be Creative, Be Social 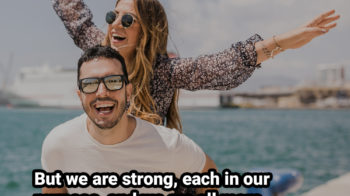