If you have ever been a fan of Pirates, you will hear the above line. Pirates of Caribbean will no doubt ring a bell on everyone’s mind and how can you ignore the Legendary Black Pearl and obviously last but not the least the flawless, versatile famous actor John Cristopher Depp or who is more commonly famous on his name like Johnny Depp. He was born on 9th June 1963, and he is an American actor, musician, and a producer. You see a multitalented versatile person hard to find in today’s modern day materialistic world.

Johnny Depp has been challenging himself in portraying himself larger than life. He has been in different movies in a different avatar and in every single movie he has been unique and had given an outrageous performance. He amazed us at every character, every story and every action. Apart from his carrier in film industries, he has been a motivation to everyone. Johnny Depp Quotes, Johnny Depp Quotations, Johnny Depp Slogansare immensely relative to our daily life and help us to enjoy life possibly. 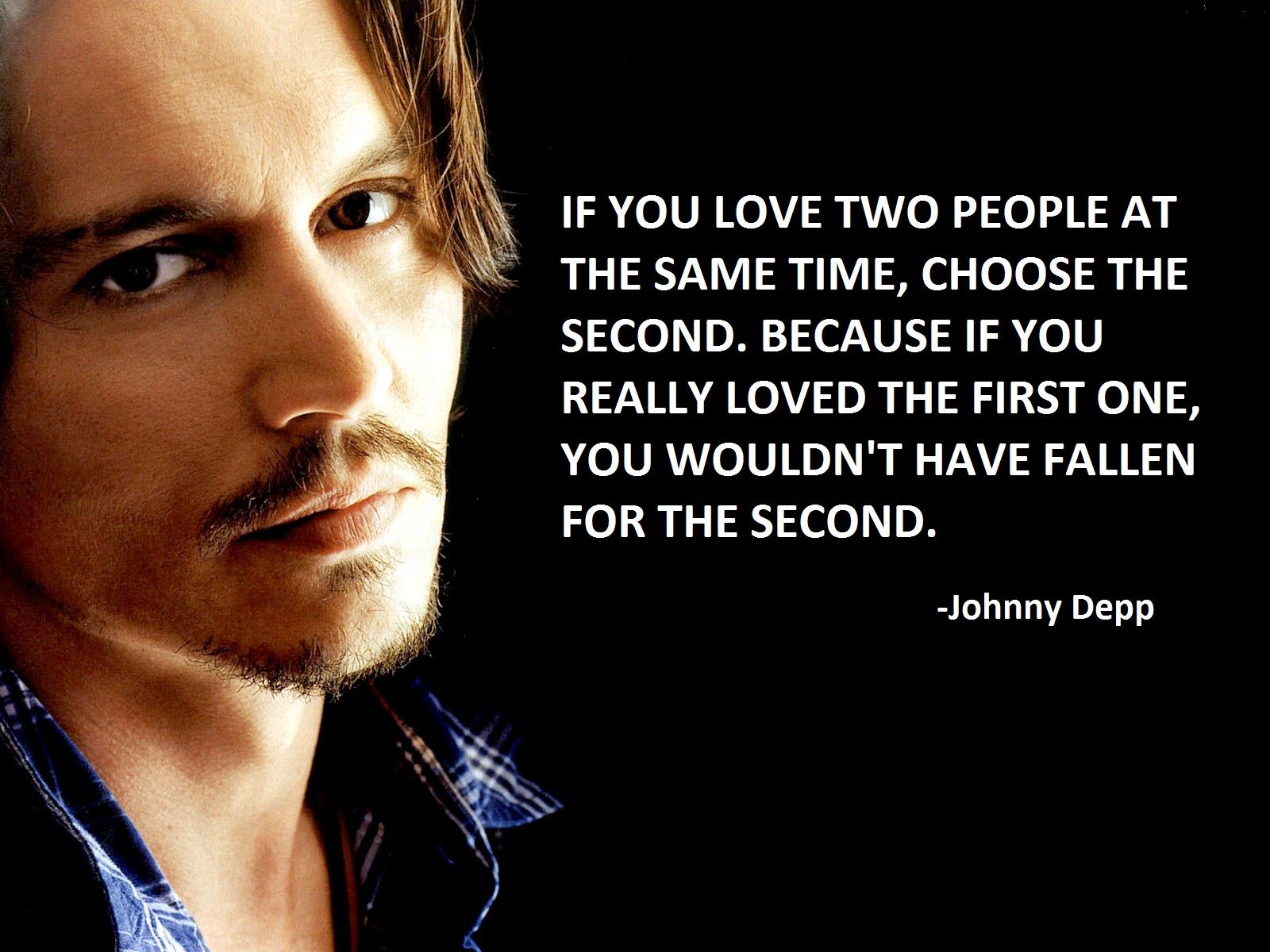 Johnny Depp Quotes are helpful to you if you are too serious about your life and forget yourself.

It’s all kinds of these profound things crashing on you when your child arrives into the world. It’s like you’ve met your reason to live.

With any part you play, there is a certain amount of yourself in it. There has to be, otherwise it’s just not acting. It’s lying.

It’s good to experience Hollywood in short bursts, I guess. Little snippets. I don’t think I can handle being here all the time, it’s pretty nutty.

There are times when you see how ridiculous is this life, how ludicrous it is, you know, leaving your house every morning and being followed by paparazzi.

With Ed Wood, it was this sort of blending of Ronald Reagan, the Tin Man from ‘The Wizard of Oz,’ and Casey Kasem. – Johnny Depp

Nobody’s ever made a film in the history of cinema where they weren’t expecting some return on their dough. – Johnny Depp

Captain Jack Sparrow is like a cross between Keith Richards and Pepe Le Pew. – Johnny Depp

It’s been insane. From Whitey Bulger to the Mad Hatter, you can imagine the schizophrenia.

The term ‘serious actor’ is kind of an oxymoron, isn’t it? Like ‘Republican party’ or ‘airplane food.’

Over the years all these vampire movies have come out and nobody looks like a vampire anymore.

When kids hit one year old, it’s like hanging out with a miniature drunk. You have to hold onto them. They bump into things. They laugh and cry. They urinate. They vomit.

Top 200+ Johnny Depp Quotes, Slogans & Sayings are for everyone, be it eight or eighty. He inspires us to look through the life rather than going over it and waiting for something.